The Robinson R66 Turbine retains many of the design features of the R44, including a two-bladed rotor system, T-bar cyclic, and an open interior cabin configuration. Notable differences are the R66’s increased reserve power, improved altitude performance, fifth seat, and large baggage compartment. Popular upgrades including HID landing lights, leather seats, and a stereo audio control panel are standard in the R66. 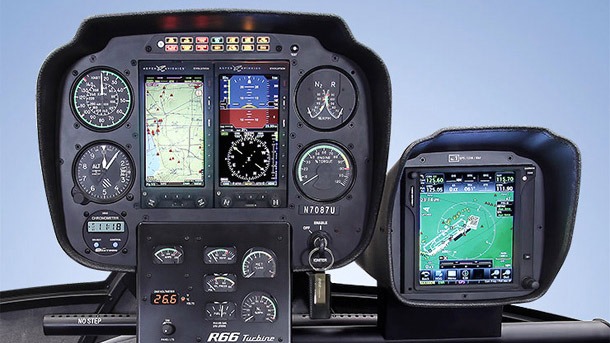 Price and specifications subject to change without notice. Aircraft is subject to prior sale or withdrawal from market. It is the buyer responsibility to verify data herein prior to purchase.