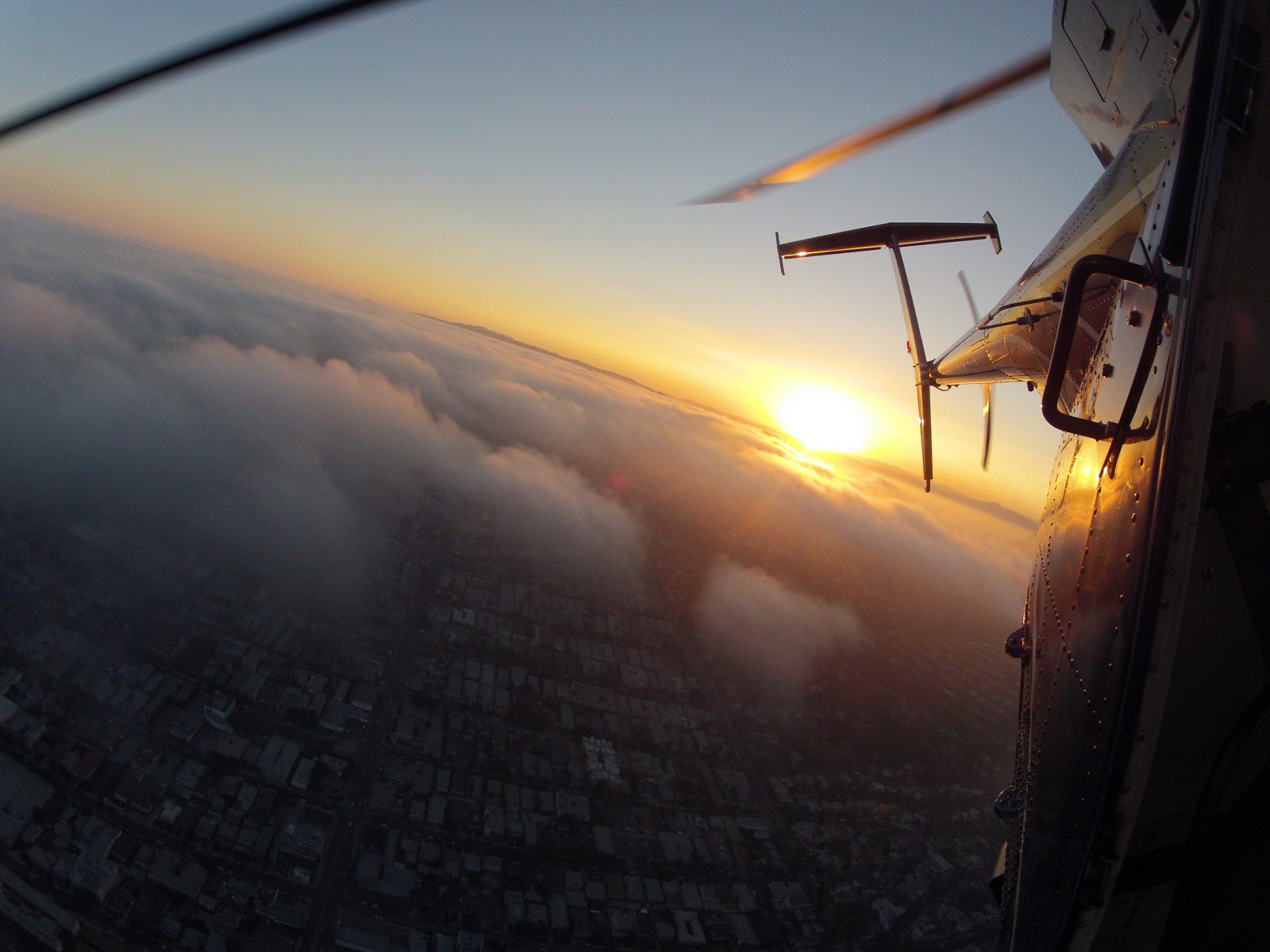 HeliStream offers aerial photography helicopter charters, perfect for capturing scenic photographs of beautiful Orange County and Los Angeles’ coastline or skyline. Helicopters allow the photographer to achieve an angle otherwise impossible from the ground in areas otherwise inaccessible. Even the experienced photographer, however, needs to brush up on a few basic techniques unique to capturing great stills from the air.

The first decision involves selecting which model of craft you will use. For a single photographer, the Robinson R22 offers a cost-effective way to get the shots you need. The passenger door can be removed, so there is no plexiglass interference. While the vibration is heavier in the smaller craft, the easy maneuverability is a bonus.

The Robinson R44 is a 3 passenger craft, allowing for a group of photographers; so it offers an economical group option, with the added bonus of greater craft stability. Like the R22, the doors can be removed on the R44.

The AStar Eurocopter is a superior charter choice with additional features, allowing for Hollywood-style aerial photography. Unlike the smaller Robinson craft, a camera mount on the front of the craft captures angles impossible from inside the helicopter.

Once you’ve decided on a helicopter, there are a few tips to make the experience more effective in terms of photo quality.

Once back on the ground, save one shot for next to the craft with your favorite HeliStream charter pilot! Check back next week for tips on aerial videography. 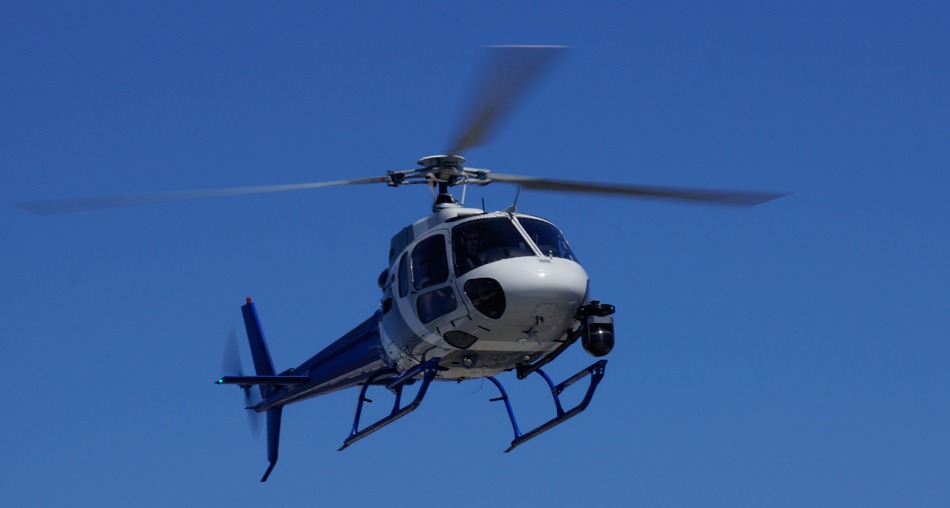 HeliStream offers aerial videography helicopter charters throughout Orange County and Los Angeles; ideal for capturing scenery to be used in everything from full-feature motion pictures to vacation footage.  A variety of options ranging from manned camera operators to mounted stability systems are available when booking on a HeliStream aerial videography charter.

CHOOSE THE RIGHT HELICOPTER FOR THE JOB

As with aerial photography, your first decision involves selecting which make and model helicopter best suits your filming purposes.  For a single photographer, the Robinson R22 offers a cost-effective way to get the shots you need.  The passenger door can be removed, so there is no Plexiglass interference.  This aircraft is ideal for aerial video projects in which a manned camera operator is required; for instance, capturing an object which is not stationary, like a live action shot from the air.

The Eurocopter AStar is a superior charter choice with the camera mount option.  By using a camera mount, scenic landscape video is easily achieved, with enough stability for a high-quality slow motion shot.  For instance, if you are shooting an advertisement for a hotel property on the beach, the mount would allow for fully stable video as well as provide for an impressive point-of-view approach.

It’s important to note that scenic approaches to buildings and landscapes, as filmed for full-feature motion pictures, utilize helicopter camera mounts similar to those utilized on the AStar.  This option also allows for a manned camera operator on the inside of the craft for more specific shots.

Once you’ve decided on the shots you’re trying to capture as well as the best aircraft to take those shots, take note of a few tips for high quality video. 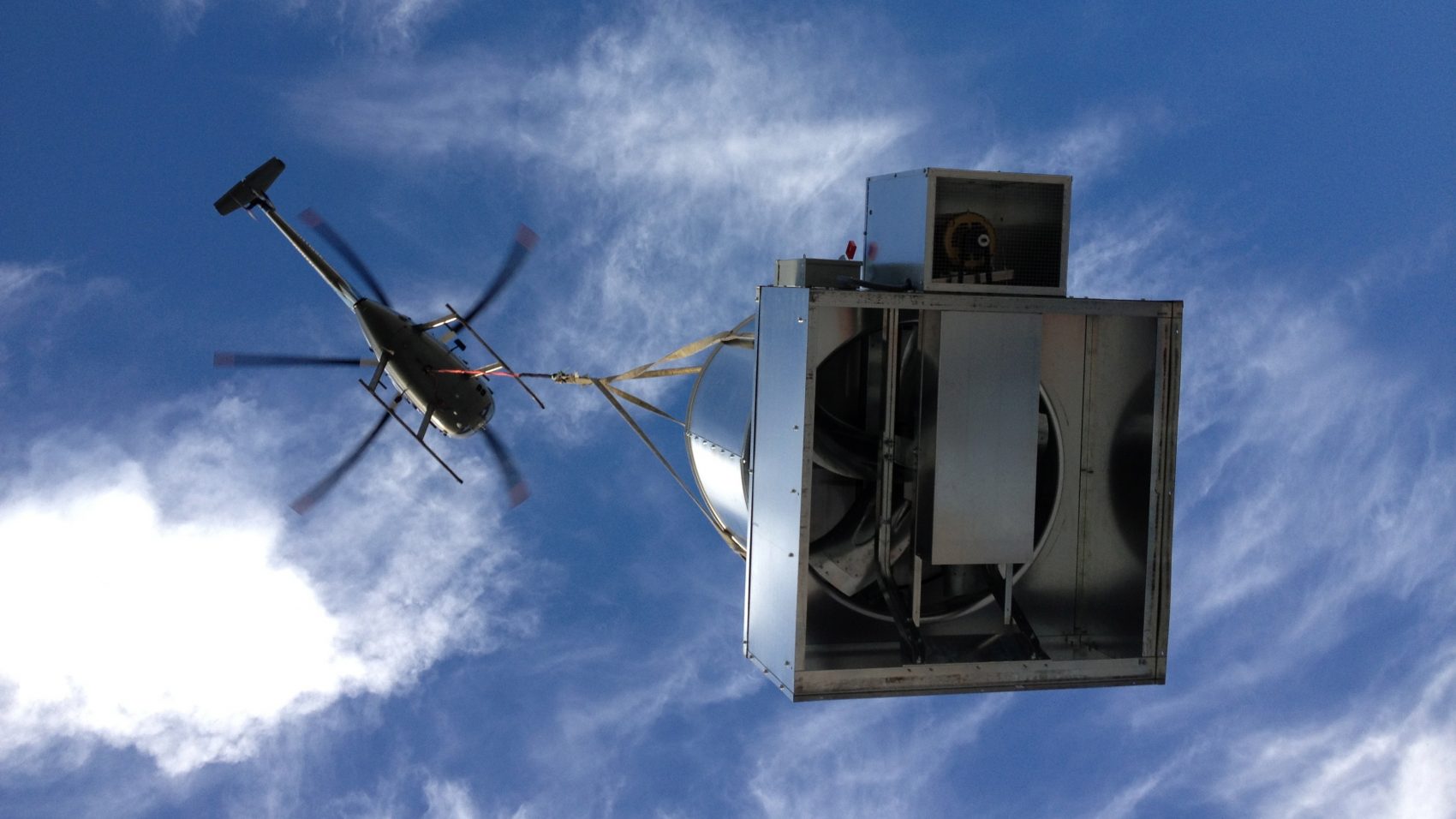 Aerial Cranes are used throughout Orange County to facilitate moving heavy equipment and perform other tasks. Today we are going to discuss how aerial crane/external load operations can help Construction, Maintenance and Utility companies save time, money, and other complications.

For any of the previously mentioned industries, flexibility and efficiency are critical factors in completing a job on time. For example, even with the simplest of building setups, a ground-level crane must have the room to sit and operate. Sometimes this can block necessary parking spaces for employees. Additionally, the use of ground-level cranes often requires city permitting. And in Orange County that’s no easy task. A simple air conditioning replacement job can quickly become a complicated feat!

HeliStream’s helicopter fleet features several utility helicopters which provide unique capabilities and flexibility for the project manager. A helicopter, such as the Bell 205, can transport anything from air conditioning units to building materials, lifting up to 4000 pounds of equipment. Frequently, using helicopter aerial cranes is the only way to reach the tops of tall or wide buildings for maintenance and/or repairing critical components. In addition to heavy lift and aerial crane operations, HeliStream’s fleet is FAA-approved to transport up to 9 passengers plus work personnel, and crew.

For those situations where a ground crane setup is inconvenient or inefficient, one of HeliStream’s Aerial Crane Helicopters is just the solution for your construction, maintenance, and repair needs. Every job is different with variables unique to that particular assignment so please feel free to call HeliStream to speak to one of our aerial crane/ external load experts today.